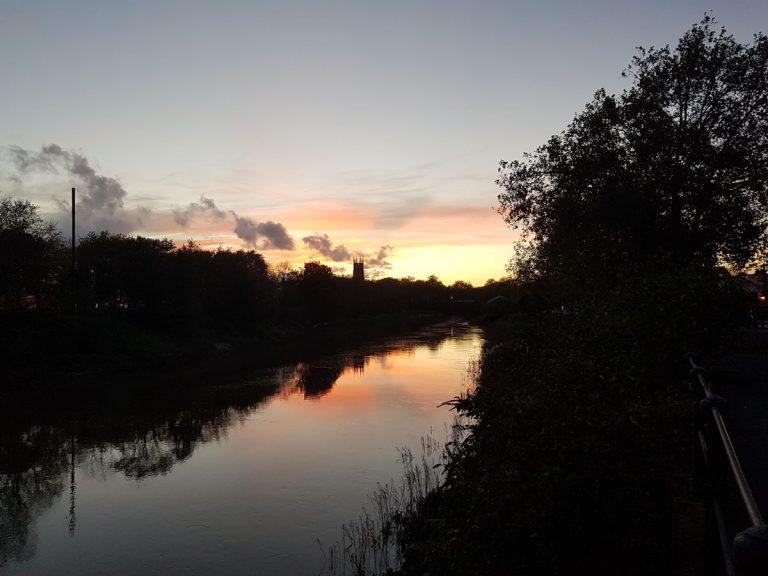 As part of the AGM held on 6th December, our Chair Tim Wickstead summed up the FrANC year 2021 in this report:

“After an uncertain start to the year we can now report some key developments for FrANC which will serve to keep us focussed and busy well into 2022.

At a time of national anxiety, 10th January saw Bridget Everett launch FrANC’s WhatsApp photograph group.  I highlight this because at the time it gave me such a boost; please allow me to wax lyrical: to date about 21 members have contributed 81 photographs, amongst which are featured a great tit, a mouse, a heron, a grasshopper, a wren, a peacock butterfly, a kestrel, a fox, cormorants galore, a slow worm, some Canada geese, a moorhen, some catkins, forsythia, snowdrops, fungi and water mint, not forgetting stupendous clouds, bridges, sunsets, mist and snow…there are some striking images and without being too competitive the Chair’s favourites include Rob’s Banana Bridge, Laura’s kestrel, Christine’s catkins and John’s clouds sitting on the suspension bridge.  Room for a project here for someone.

On 13th January: Ed Hall burst into print for Bristol 24/7 and spoke on Radio Bristol about the poor state of the structure of The New Cut’s embankments and bridges. And somewhere around this time Steve Fay cleaned the John Purkiss bench. Our postponed AGM on Zoom was held on 19th January.

A quirky event on 18th February proved we were not completely hibernating when Lizzi Testani and I offered a presentation via Zoom to SUP Bristol (Stand Up Paddle boarding), the first in a series of such evenings they ran, keen to link folk interested in Bristol’s waterways.

In February and early March feeling somewhat isolated, I had supportive conversations with BS3 Helping Others and Laura Boeglin of the Asking Bristol Project.  This led to the decision to appeal directly for more help and it is no exaggeration to say FrANC’s fortunes changed when on 22nd March John Holland offered to be Secretary and Laura Demery offered to run the website.  Laura has done much more than ‘run’ it; she has rewritten and transferred all FrANC’s previous website to a cost free platform which she uses for other work she does.  We are all extremely grateful.

And then events pick up. On 3rd May we report that Chris Parker and friends complete their 13 weeks of picking litter and I can sign off their Duke of Edinburgh award. On 10th June: Stephen Wickham and I meet Elizabeth Doty, a Council Tree officer and secure a pledge to trim trees by Vauxhall Bridge to open the viewing platform; this work was completed on 19th October.

23rd June was a highlight when John Holland invited Stuart Hatton, Managing Director of Umberslade Corporate development (creator of the community street that is Wapping Wharf) to give a talk which stays long in the memory of those of us present on Zoom; a second talk of the year, organised by Lizzi Testani, was given to us by Polly Emmott on 23rd September, just as enjoyable, describing her infectiously enthusiastic fight against litter, plastic in particular, and her witty skills with social media communication.

On 3rd July, Guy Malkerson presented ideas to a small group about plans for a community gardening project at Butterfly Junction.  This was followed on 18th August by the submission of applications for grants to help set the group up, £1000 from the Bristol Parks Foundation and £150 from the Secret Gardens fund. And on 14th October we received news of success with both grants; our treasurer commented that with this sort of money we must be about to build some flats at BJ. The first community gardening group – so far 10 volunteers – met on 6th of November, the second yesterday.

Meanwhile back in June a small group, after considerable isolation,  had enjoyed meeting and walking a stretch of The Cut to consider whether there were places along the banks, deserving of a sign to alert passers-by of their heritage or of an aspect of the natural environment provided by the riverbanks.  On 10th August I met with Rob Fuller, a graphic designer, to pursue the idea, and subsequent exchanges and conversations have led to the short presentation which will follow later in our agenda.

And so, on 9th September John produced a Newsletter, because we now had good news to report.

On 16th October: 22 Friends of the Avon new Cut met for a litter pick at Gaol Ferry Bridge; a highly effective haul after a long period of accumulation…we need, by the way, to increase the number of folk sharing the organisation of these events.  Finally on 23rd November: Ed Hall rang to say his three guided walks for the Civic Society are bringing £60 to FrANC’s coffers.

But it’s not all about the money.  Looking back over my diary this year some entries simply read FrANC stuff, FrANC emails; I also hope it’s not all about emails.   Another entry read: FrANC matters. Yes indeed, we’ll agree FrANC matters.  Back to the photos in the WhatsApp group which continue to remind us of this unique part of Bristol.  In a big city with environmental concerns high on all agendas we can feel pulled this way and that by others’ concerns and others’ initiatives.  It is therefore good to have our own three points of focus at the moment…litter-picking, Butterfly Junction and the Signs project.

In addition to those specifically and gratefully named in this report, thank you to all who have involved themselves and helped us in any way.”

We use cookies on our website to give you the most relevant experience by remembering your preferences and repeat visits. By clicking “Accept All”, you consent to the use of ALL the cookies. However, you may visit "Cookie Settings" to provide a controlled consent.
Cookie SettingsAccept All
Manage consent

This website uses cookies to improve your experience while you navigate through the website. Out of these, the cookies that are categorized as necessary are stored on your browser as they are essential for the working of basic functionalities of the website. We also use third-party cookies that help us analyze and understand how you use this website. These cookies will be stored in your browser only with your consent. You also have the option to opt-out of these cookies. But opting out of some of these cookies may affect your browsing experience.
Necessary Always Enabled
Necessary cookies are absolutely essential for the website to function properly. These cookies ensure basic functionalities and security features of the website, anonymously.
Functional
Functional cookies help to perform certain functionalities like sharing the content of the website on social media platforms, collect feedbacks, and other third-party features.
Performance
Performance cookies are used to understand and analyze the key performance indexes of the website which helps in delivering a better user experience for the visitors.
Analytics
Analytical cookies are used to understand how visitors interact with the website. These cookies help provide information on metrics the number of visitors, bounce rate, traffic source, etc.
Advertisement
Advertisement cookies are used to provide visitors with relevant ads and marketing campaigns. These cookies track visitors across websites and collect information to provide customized ads.
Others
Other uncategorized cookies are those that are being analyzed and have not been classified into a category as yet.
SAVE & ACCEPT
Powered by